Nepal Falls Into Political Turmoil. China and India Are Watching.

The prime minister dissolved the lower house of Parliament, throwing into doubt the political fortunes of the Himalayan country, which has long swung between Beijing and New Delhi.

KATHMANDU, Nepal — Nepal’s top leader dissolved Parliament on Sunday amid infighting among members of the governing party, throwing into doubt the political future of a strategically important Himalayan country where China and India have long jockeyed for influence.

The prime minister, K.P. Sharma Oli, called for the dissolution of the lower house of Parliament despite protests from his own Nepal Communist Party and opposition groups, including the largest, Nepali Congress. Nepal is now set to hold elections starting in late April, more than a year earlier than the expected vote in November 2022.

Mr. Oli made his move in the face of rising dissatisfaction with his job performance even within the ranks of his own party. He was elected to a second stint as prime minister in 2017 on promises of tamping down corruption and forging stronger ties with China and its economic growth machine.

But Mr. Oli’s administration has been plagued with its own corruption allegations as well as criticism of his government’s handling of the coronavirus pandemic, which has devastated an economy that has long depended on tourism and on remittances from its citizens abroad. Divisions also lingered within his party, which was created by the alliance of two smaller communist parties in 2017.

By dissolving the lower house of Parliament, Mr. Oli might avoid a potential no-confidence vote from lawmakers. But experts said that he lacked the power to dissolve Parliament and that the move could be challenged in Nepal’s highest court.

“Under existing constitutional provisions dissolution of Parliament can’t be the prime minister’s prerogative when there are many other options to form a new government,” said Bipin Adhikari, former dean of Kathmandu University Law School and a constitutional expert. “It’s an unconstitutional step.”

The political turbulence in Nepal is taking place amid rising tensions between China and India, its two powerful and increasingly bellicose neighbors. Their rivalry has intensified as China has made increasingly forceful claims toward disputed land along their rugged border in the Himalayas.

Those tensions came to a boil in June, when unarmed troops from both countries clashed in violence that killed 20 Indian soldiers and an undisclosed number on the Chinese side. Though the two sides have pledged to ease tensions, the rivalry could provide an opportunity for the United States to build stronger ties with India once Joseph R. Biden assumes the presidency, possibly giving it a greater role in American efforts to check China’s moves to increase its sway in the region.

Nepal has long swung between favoring one country or the other. It has extensive economic ties with India, where many of its people work, and like India has a majority Hindu population. But relations have soured in recent years.

In 2015, India imposed a monthslong unofficial blockade against Nepal over a new constitution adopted after a bloody Maoist insurgency, and many in Nepal believed the move stemmed from New Delhi’s feeling that it should have been more involved in the drafting. Last year, some people in Nepal blamed India for building embankments that worsened flooding on the Nepal side of the border.

As tensions with New Delhi rose, Beijing moved in. China has pumped money into Nepal which it sees as crucial to its efforts to build influence in the region. That campaign got a boost in 2017, when the communists won election.

The current turmoil throws those gains into doubt.

Mr. Oli on Sunday urged Bidya Devi Bhandari, Nepal’s president and ceremonial head of state, to dissolve the House of Representatives. Ms. Bhandari granted the request and called for elections in May.

Mr. Oli’s move effectively blocked his former political partner, Pushpa Kamal Dahal, from threatening his position. Mr. Dahal, a former prime minister known as Prachanda, is chairman of the Communist Party and was instrumental in forming the alliance that carried the group to victory in 2017. The two parties later merged, and party officials agreed that Mr. Dahal would eventually share power, according to an agreement disclosed when Mr. Oli was about to complete two years in office.

Lawmakers had proposed a motion to hold a vote of no confidence that would call on Mr. Dahal to become prime minister. On Sunday, seven of the government’s 25 ministers resigned from Parliament in protest.

Nepal, one of the poorest countries in South Asia, is still struggling with the pandemic. Official figures suggest the coronavirus is under control. But testing remains spotty, global mountain climbers are staying home and Nepal’s migrant workers are jobless in many places around the world.

Mr. Oli’s administration was further shaken by a lack of progress in fulfilling its campaign goals. Despite promises to link Nepal’s rail system with China’s, they remain unconnected. It has also been rocked by corruption allegations against the communications and information technology minister and the health minister.

An opposition leader, Ramesh Paudyal of the party Bibeksheel Nepali accused the health minister, Bhanu Bhakta Dhakal, of being involved in corruption while procuring medical equipment from China to contain the spread of the coronavirus. Activists and local news outlets said the price of some medical equipment procured from China was much higher than market prices. Nepal’s anti-corruption agency has been investigating the matter. The government has disputed the allegations.

Should Mr. Oli fall, China would lose a friend. Xi Jinping, China’s top leader, paid a high-profile visit last year. Mr. Oli has made an effort to show his sympathy to Beijing by organizing training on Xi Jinping Thought, as the Chinese leader’s instructions are called, and jointly announcing a new height for Mount Everest.
“Oli wasn’t an acceptable prime minister for India,” said Mr. Adhikari, the constitutional expert, who added, “The next prime minister could be more India-friendly than Oli.” 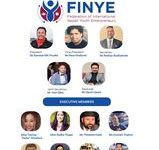 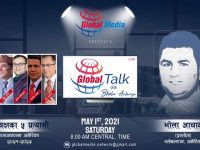 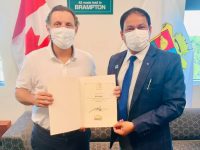 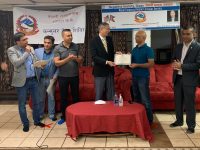 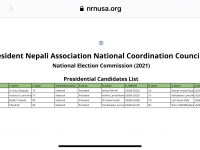 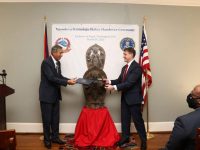